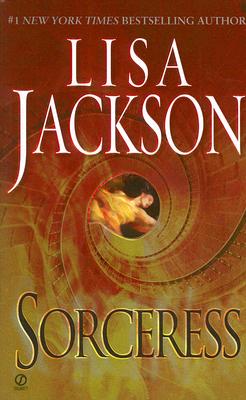 THE WATCHER: He smells her. Feels her. Knows she is coming. Chosen by the Fates, she is the one. Only she can lift the curse of darkness. But he will stop her-and he will sacrifice her.
THE WOMAN: Flame-haired and green-eyed, Bryanna looks enchanted but has always felt cursed, plagued by mysterious visions and voices. Bound by destiny to save an innocent life, Bryanna follows her path alone-until she meets a stranger deep in the woods.
THE WARRIOR: Gavyn is a wanted man, as dark and dangerous as the wolf that shadows his footsteps. But his touch is electric, and he has much to teach-if Bryanna is willing to learn...

Lisa Jackson has been writing romantic fiction for fifteen years. Over sixty of her books have been published and reprinted in more than a dozen foreign languages. A single mother, she is a native of Oregon, where she still resides with her two teenage sons. Lisa is often asked what is the key to her success, and her unfailing answer is a keen imagination, incredible friends, loving family, and always, loads of laughter. As Oscar Wilde is purported to have said, "Life is too important to be taken seriously."
Loading...
or support indie stores by buying on
(This book is on backorder)