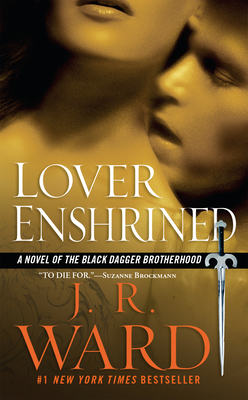 A Novel of The Black Dagger Brotherhood

In the shadows of the night in Caldwell, New York, there’s a deadly war raging between vampires and their slayers. And there exists a secret band of brothers like no other—six vampire warriors, defenders of their race. And now, a dutiful twin must choose between two lives...

Fiercely loyal to the Black Dagger Brotherhood, Phury has sacrificed himself for the good of the race, becoming the male responsible for keeping the Brotherhood's bloodlines alive. As Primale of the Chosen, he is to father the sons and daughters who will ensure that the traditions of the race survive and that there are warriors to fight those who want all vampires extinguished.

As his first mate, the Chosen Cormia wants to win not only his body but his heart for herself- she sees the emotionally scarred male behind all his noble responsibility. But while the war with the Lessening Society grows more grim, and tragedy looms over the Brotherhood's mansion, Phury must decide between duty and love.


Praise For Lover Enshrined: A Novel of The Black Dagger Brotherhood…

Praise for the Black Dagger Brotherhood

“Utterly absorbing and deliciously erotic…The Brotherhood is the hottest collection of studs in romance. I can’t wait for the next one!” —New York Times bestseller Angela Knight

“It pulls the reader in and will grip your heart…J. R. Ward has created a world that I love…along with characters I can’t get enough of.”—Night Owl Reviews

“I found myself turning pages faster and faster—and then I wished I hadn’t, because there was no more to read!”—Angela Knight, New York Times bestselling author

“J.R. Ward has a great style of writing and she shines…You will lose yourself in this world; it is different, creative, dark, violent, and flat-out amazing.”—All About Romance

"J.R. Ward takes you deep into her intense, dark world of vampires and holds you captive until her last breathless word…sure to satisfy lovers of vampire romance everywhere."—Affaire de Coeur (Reviewer Pick, 5 Stars)

“Hold on tight for an intriguing, adrenaline-pumping ride…[that] leaves readers begging for more. Fans of L. A. Banks, Laurell K. Hamilton, and Sherrilyn Kenyon will add Ward to their must-read list.”—Booklist

J. R. Ward is the #1 New York Times bestselling author of numerous novels, including the Black Dagger Brotherhood series and the Fallen Angels series which includes Rapture, Envy, Crave, and Covet. Writing as Jessica Bird, Ward is the author of Leaping Hearts, Heart of Gold, An Irresistible Bachelor, and An Unforgettable Lady. She lives in the South with her family.
Loading...
or support indie stores by buying on