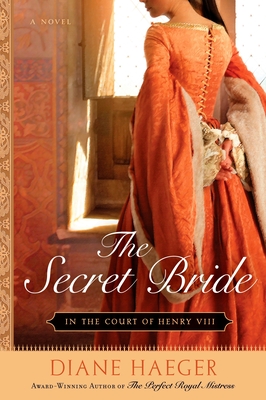 In The Court of Henry VIII (Henry VIII's Court #1)

For fans of The Tudors comes a captivating drama about the only woman who could defy Henry VIII -and keep her life.

Mary Tudor, the headstrong younger sister of the ruthless King Henry VII, has always been her brother's favorite-but now she is also an important political bargaining chip. When she is promised to the elderly, ailing King Louis of France, a heartbroken Mary accepts her fate, but not before extracting a promise from her brother: When the old king dies, her next marriage shall be solely of her choosing. For Mary has a forbidden passion, and is determined, through her own cunning, courage, and boldness, to forge her own destiny.

The Secret Bride is the triumphant tale of one extraordinary woman who meant to stay true to her heart and live her life just as her royal brother did- by her own rules...

Diane Haeger is the author of several novels of historical and women's fiction, including four novels set in the court of King Henry VIII: I, Jane; The Queen's Rival; The Queen's Mistake; and The Secret Bride. She has a degree in English literature and an advanced degree in clinical psychology, which she credits with helping her bring to life complicated characters and their relationships. She lives with her husband and children.
Loading...
or
Not Currently Available for Direct Purchase