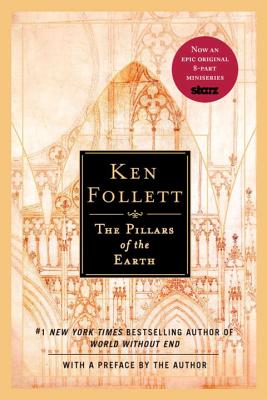 The Pillars of the Earth Deluxe Edition (Oprah #60)

If you liked the Century Trilogy, you ll love the extraordinary . . . monumental masterpiece (Booklist) that changed the course of Ken Follett's already phenomenal career.
Follett risks all and comes out a clear winner, extolledPublishers Weeklyon the release ofThe Pillars of the Earth. A departure for the bestselling thriller writer, the historical epic stunned readers and critics alike with its ambitious scope and gripping humanity. Today, it stands as a testament to Follett's unassailable command of the written word and to his universal appeal.
The Pillars of the Earthtells the story of Philip, prior of Kingsbridge, a devout and resourceful monk driven to build the greatest Gothic cathedral the world has known . . . of Tom, the mason who becomes his architect a man divided in his soul . . . of the beautiful, elusive Lady Aliena, haunted by a secret shame . . . and of a struggle between good and evil that will turn church against state and brother against brother.
A spellbinding epic tale of ambition, anarchy, and absolute power set against the sprawling medieval canvas of twelfth-century England, this is Ken Follett's historical masterpiece.


Praise For The Pillars of the Earth Deluxe Edition (Oprah #60)…

“A novel of majesty and power.”—Chicago Sun-Times