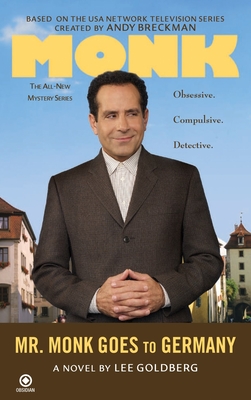 Adrian Monk is on a roll?solving murders as fast as they come, and not counting his Wheat Chex until they?re in the bowl. But when his therapist, Dr. Kroger, leaves for Germany, Monk can?t tie his shoes, forgets how to swallow, and loses track of his blinking. Desperate, he follows Dr. Kroger to Germany where he sees a man with six fingers. The man responsible for his wife?s death?or was it just his imagination? Now Monk has to deal with his phobias and the unfriendly polizei to find his man.

Lee Goldberg has written episodes for the Monk television series, as well as many other programs. He is a two-time Edgar Award nominee and the author of the acclaimed Diagnosis Murder novels, based on the TV series for which he was a writer and executive producer.
Loading...
or support indie stores by buying on