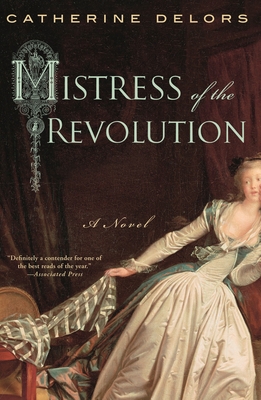 Mistress of the Revolution

View our feature on Catherine Delors' Mistress of the Revolution.An impoverished noblewoman, Gabrielle de Montserrat is only fifteen when she meets her first love, a commoner named Pierre-André Coffinhal. But her brother forbids their union, forcing her instead to marry an aging, wealthy cousin.

Widowed and a mother before the age of twenty, Gabrielle arrives at the court of Louis XVI and Marie Antoinette in time to be swept up in the emerging turbulence—and to encounter the man she never expected to see again. Determined and independent, she strives to find her own freedom— as the Revolution takes an ever more violent turn.

Catherine Delors, herself from a family of French aristocrats, was born and raised in France. A lawyer, she has practiced in the United States for ten years, and now divides her time between Paris and Los Angeles.
Loading...
or
Not Currently Available for Direct Purchase