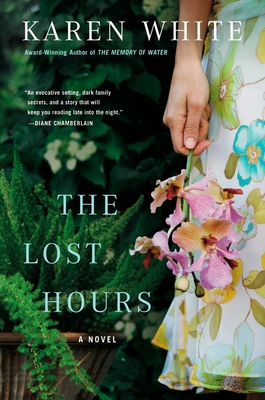 The New York Times bestselling author of the Tradd Street novels delivers a gripping tale of family, fate, and forgiveness.

When Piper Mills was twelve, she helped her grandfather bury a box that belonged to her grandmother in the backyard. For twelve years, it remained untouched.

Now a near fatal riding accident has shattered Piper’s dreams of Olympic glory. After her grandfather’s death, she inherits the house and all its secrets, including a key to a room that doesn’t exist—or does it? And after her grandmother is sent away to a nursing home, she remembers the box buried in the backyard. In it are torn pages from a scrapbook, a charm necklace—and a newspaper article from 1939 about the body of an infant found floating in the Savannah River. The necklace’s charms tell the story of three friends during the 1930s— each charm added during the three months each friend had the necklace and recorded her life in the scrapbook. Piper always dismissed her grandmother as not having had a story to tell. And now, too late, Piper finds she might have been wrong.

Praise For The Lost Hours…

“Reads as an intricately plotted mystery....White makes a good case for why new generations should sustain ties with the old—and why certain stories have to be told, no matter how long it takes.”—The Atlanta Journal-Constitution

“Wonderful phrasing…leav[es] readers with a slice of history too haunting to be forgotten.”—Charleston Magazine

“An evocative setting, dark family secrets, and a story that will keep you reading late into the night.”—Award-winning author Diane Chamberlain

“Characters and images as lush as the gardens of Georgia...satisfying and compelling.”—RT Book Reviews