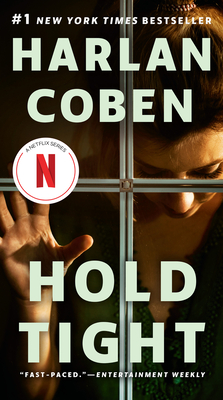 Harlan Coben delivers a #1 New York Times bestseller that asks how well parents really know their children—and puts them on a technological roller coaster of their worst fears.

“We’re losing him.” With those words, Mike and Tia Baye decide to spy on their sixteen-year-old son Adam, who has become increasingly moody and withdrawn since the suicide of his best friend. The software they install on his computer shows them every Web site visited, every e-mail sent or received, every instant message. And each keystroke draws them deeper and deeper into a maze of mayhem and violence that could destroy them all...

“The writing is taut and slick. The intricate plot, told from the vantage points of a half-dozen characters, is a page-turner.”—Associated Press

“A thriller for the Google era.”—The New York Times

“In Hold Tight, Coben surpasses even his own best work.”—South Florida Sun-Sentinel

“A page turner...Hold Tight will keep you up all night.”—San Francisco Chronicle

“Coben makes the normal terrifying...In Hold Tight, [he] surpasses even his own best work.”—Fort Lauderdale Sun-Sentinel

“Harlan Coben is at his best with this intimidating one sitting thriller...thought-provoking [and] timely.”—Midwest Book Review

“Parents will find this compulsive page-turner from Edgar-winner Coben particularly unnerving...Coben plucks each of these strings like a virtuoso...The ‘this could be me’ factor lends poignancy to the thrills and chills.”—Publishers Weekly (starred review)