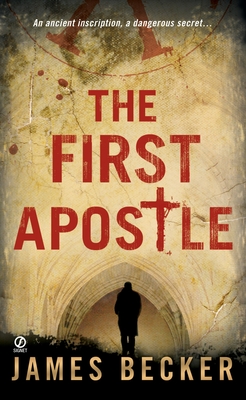 An Englishwoman is found dead in a house near Rome, her neck broken. Her distraught husband enlists the help of his closest friend, policeman Chris Bronson, who discovers an ancient inscription on a slab of stone above their fireplace. It translates as ‘Here Lie the Liars.’ Pursued across Europe, Bronson and his ex-wife uncover a trail of clues that lead them back to the shadowy beginnings of Christianity; to an ancient code inscribed upon a stone; to a chalice decorated with mysterious symbols. And to a deadly conspiracy which will rock the foundations of our modern world if revealed.

Utterly spellbinding. The plot is stunning and breathtaking and leaves you racing to the end.... A truly amazing book. If you read nothing else this year, you must get hold of this—Euro Crime

James Becker spent over twenty years in the Royal Navy's Fleet Air arm and served during Falklands War . Throughout his career he has been involved in covert operations in many of the world's hotspots; places like Yemen, Northern Ireland and Russia. He is an accomplished combat pistol shot and has an abiding interest in ancient and medieval history.
Loading...
or
Not Currently Available for Direct Purchase