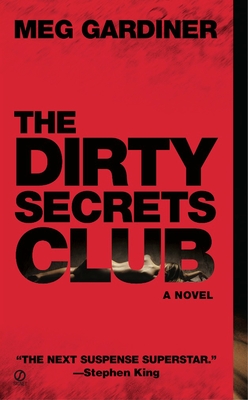 With this breakout novel, the meg gardiner fan club is growing...

A string of high-profile murder-suicides has San Francisco more rattled than the string of recent earthquakes. Hired by the SFPD to shed light on the victims' lives, forensic psychiatrist Jo Beckett makes a shocking discovery: all the suicides belonged to a group of A-listers with lots of money and plenty to hide. And soon Jo finds herself trapped in a nightmare from her past when she gets invited to join the club...

"The next suspense superstar."
-Stephen King