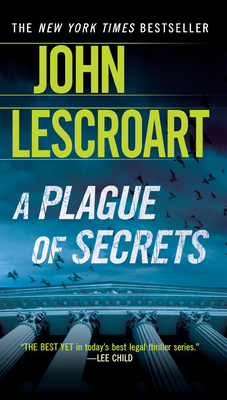 A Plague of Secrets (Dismas Hardy #13)

When high-grade marijuana is found on a coffee-shop manager murdered in San Francisco, it suggests that the shop's owner, Maya Townshend, may be behind more than a caffeine fix. But when another murder exposes a drug-buying A-list celebrity and political clientele, a tabloid-fueled controversy takes the investigation into the realms of conspiracy and cover up.

John Lescroart is the author of nineteen previous novels, including The Betrayal, The Suspect, The Hunt Club, The Motive, The Second Chair, The First Law, The Oath, The Hearing, and Nothing But the Truth. He lives in Northern California.
Loading...
or
Not Currently Available for Direct Purchase