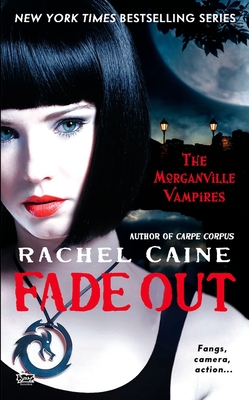 Withoutthe evil vampire Bishop ruling over the town of Morganville,the resident vampires have made major concessions to the human population. With their newfound freedoms, Claire Danvers and her friends are almost starting to feel comfortable again…

Now Claire can actually concentrate on her studies, and her friend Eve joins the localtheatrecompany. But when one of Eve’s castmates goes missingafter starting work on a shortdocumentary, Eve suspects the worst. Claire and Eve soon realize that this film project, whose subjectis the vampires themselves, is a wholelot bigger—andway more dangerous—than anyone suspected.

Rachel Caine is the author of more than twenty novels, including the "Weather Warden" series. She was born at White Sands Missile Range, which people who know her say explains a lot. She has been an accountant, a professional musician, and an insurance investigator, and still carries on a secret identity in the corporate world. She and her husband, fantasy artist R. Cat Conrad, live in Texas with their iguanas, Popeye and Darwin; a mali uromastyx named (appropriately) O’Malley; and a leopard tortoise named Shelley (for the poet, of course).
Loading...
or
Not Currently Available for Direct Purchase