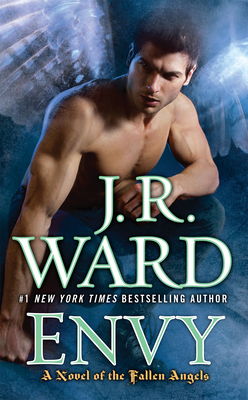 A man and a woman tread the lines of danger, desire, and deliverance in this novel of the Fallen Angels—from the #1 New York Times bestselling author of the Black Dagger Brotherhood series.

As the son of a serial killer, homicide detective Thomas “Veck” DelVecchio, Jr., grew up in the shadow of evil. Now, on the knife-edge between civic duty and blind retribution, he atones for the sins of his father—while fighting his inner demons.

Assigned to monitor Veck is Internal Affairs officer Sophia Reilly, whose interest in him is both professional and arousingly personal. And Veck and Sophia have another link: Jim Heron, a mysterious stranger with too many answers to questions that are deadly. When Veck and Sophia are drawn into the ultimate battle between good and evil, their fallen angel savior is the only thing that stands between them and eternal damnation.

Praise For Envy: A Novel of the Fallen Angels…

Praise for the novels of J.R. Ward

“Frighteningly addictive.”—Publishers Weekly
or support indie stores by buying on
(This book is on backorder)
Copyright © 2020 American Booksellers Association