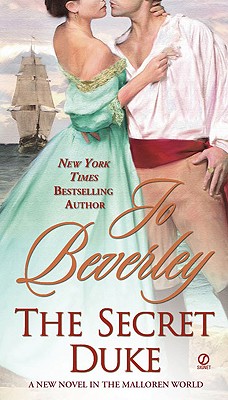 The Secret Duke (A Mallorean Novel #10)

When Arabella Barstowe is kidnapped, she believes her life and virtue are forfeit-until she's rescued by the notorious rogue Captain Rose. Bella never expects to see him again. But years later she learns the wicked truth behind her abduction, and she seeks out the only man who can help her take revenge.

What she doesn't know is that Captain Rose is just a disguise for the formidable Duke of Ithorne, who is intrigued to hear from the mysterious woman from his past. Their lives are soon entangled by danger and a growing forbidden passion.