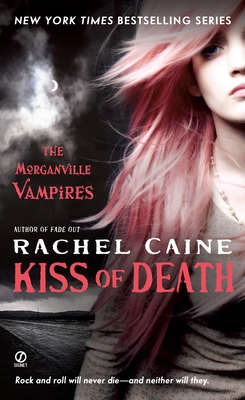 Vampire musician Michael Glass has attracted the attention of a big- time producer who wants to cut a demo and play some gigs-which means Michael will have to enter the human world. For this, he's been assigned escorts that include both a dangerous immortal as well as Michael's all-too-human friends. And with that mix of personalities, this is going to be a road trip from hell...

Rachel Caine is the author of more than twenty novels, including the "Weather Warden" series. She was born at White Sands Missile Range, which people who know her say explains a lot. She has been an accountant, a professional musician, and an insurance investigator, and still carries on a secret identity in the corporate world. She and her husband, fantasy artist R. Cat Conrad, live in Texas with their iguanas, Popeye and Darwin; a mali uromastyx named (appropriately) O’Malley; and a leopard tortoise named Shelley (for the poet, of course).
Loading...
or
Not Currently Available for Direct Purchase