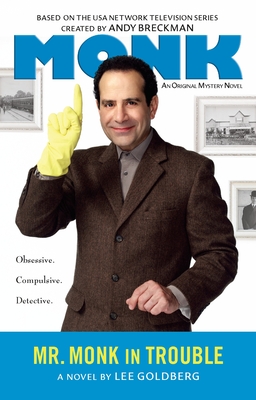 Ever since a 1962 unsolved train robbery made it famous, people have flocked to the town of Trouble in California's gold country, searching for the booty that train robbers supposedly dumped off the Golden Rail Express in a botched heist. When the town's museum's watchman is murdered, Adrian Monk and his assistant, Natalie, are sent to investigate. But if Monk isn't careful, he'll learn that the town of Trouble can live up to its name.