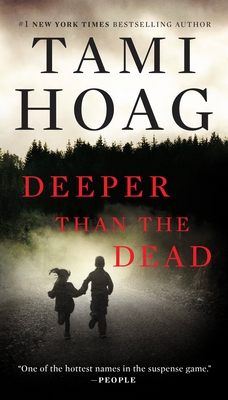 “This is a wonderfully written thriller about a small town that discovers they have a serial killer among them. Tami Hoag really keeps you guessing with the amazing detail she gives you about her characters. I could not put this down!”
— Mel Goben, Saturn Booksellers, Gaylord, MI
View the List

California, 1985—Four children and young teacher Anne Navarre make a gruesome discovery: a partially buried female body, her eyes and mouth glued shut. A serial killer is at large, and the very bonds that hold their idyllic town together are about to be tested to the breaking point.

Tasked with finding the killer, FBI investigator Vince Leone employs a new and controversial FBI technique called “profiling,” which plunges him into the lives of the four children—and the young teacher whose need to uncover the truth is as intense as his own.

But as new victims are found and pressure from the media grows, Vince and Anne find themselves circling the same small group of local suspects, unsure if those who suffer most are the victims themselves—or those close to the killer, blissfully unaware that someone very near to them is a murderous psychopath…


Praise For Deeper Than the Dead (Oak Knoll Series #1)…

Praise for Deeper than the Dead

“There's a truly terrifying serial killer at the heart of Hoag's new page-turner...the chilling premise and exciting twists make Hoag's latest a thriller in every sense of the word.”—Booklist

“Warning: Reading Deeper Than the Dead at night will most likely interfere with the reader’s inability to sleep without a chilling fear hovering at the corners of their mind.”—Examiner.com

“Readers will find themselves locked into a true gut-wrenching suspense, surprised until the very end as unexpected turns remind us that books aren’t always predictable.”—Suspense Magazine

Tami Hoag is the #1 international bestselling author of more than thirty books. There are more than forty million copies of her books in print in more than thirty languages. Renowned for combining thrilling plots with character-driven suspense, Hoag first hit the New York Times bestseller list with Night Sins, and each of her books since has been a bestseller. She lives in California.