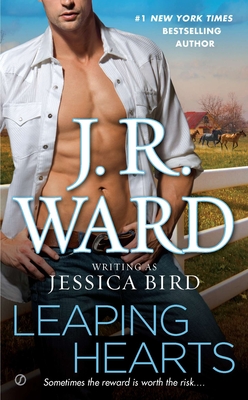 A.J. Sutherland knows her own mind.
She also knows a champion when she sees him…

Everyone thinks A.J. Sutherland is crazy to buy a rogue stallion that no rider or trainer has been able to tame. But if anybody has the hustle to make something out of that hell-raiser, it’s her. She can’t do it alone, however, and goes after the great Devlin McCloud, an equestrian legend with a bad leg- and a worse attitude.

Devlin recognizes a fighter when he sees one- and that horse isn’t a wallflower, either. Before he knows it, he’s got a wild stallion in his empty stable and a hot-headed, heavenly-bodied rider sleeping on his couch. But can he get all three of them through the championship in one piece? This passion he’s found with his rider is compromising training- and at this level of competition, any distraction is not just unprofessional, but downright deadly...

J. R. Ward is the author of more than thirty novels, including those in her #1 New York Times bestselling Black Dagger Brotherhood series. She is also the author of the Black Dagger Legacy series and the Bourbon Kings series. There are more than fifteen million copies of her novels in print worldwide, and they have been published in twenty-six different countries around the world. She lives in the South with her family.
or support indie stores by buying on
(This book is on backorder)
Copyright © 2020 American Booksellers Association