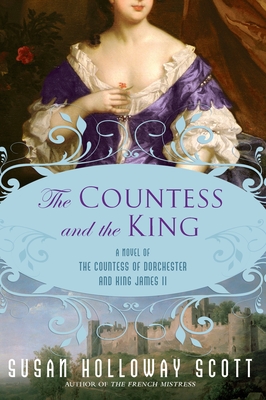 The Countess and the King

A Novel of the Countess of Dorchester and King James II

Katherine Sedley lived by her own rules and loved who she pleased- until she became the infamous mistress of King James II...

London, 1675: Born to wealth and privilege, Katherine is introduced to the decadent court of King Charles II, and quickly becomes a favorite from the palace to the bawdy playhouses. She gleefully snubs respectable marriage to become the Duke of York's mistress.

But Katherine's life of carefree pleasure ends when Charles II dies, and her lover becomes King James II. Suddenly she is cast into a tangle of political intrigue, religious dissent, and ever-shifting alliances, where a wrong step can mean treason, exile, or death at the executioner's block. As the risks rise, Katherine is forced to make the most perilous of choices: to remain loyal to the king, or to England.

Susan Holloway Scott is the author of more than forty historical novels and novellas. Writing under her own name as well as Miranda Jarrett, her bestselling books have received numerous awards and honors. With more than three million copies of her books in print, she has been published in nineteen countries around the world. Her most recent historical novels have been set in seventeenth-century England, in the decadent, politically charged court of King Charles II, and all have been Historical Novels Review Editors' Choice titles. She is a graduate of Brown University, and lives with her family outside of Philadelphia, Pennsylvania.
Loading...
or
Not Currently Available for Direct Purchase