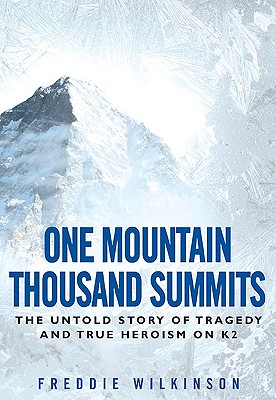 The Untold Story Tragedy and True Heroism on K2

An insider's account of one of the deadliest and most controversial tragedies in mountaineering history-the 2008 K2 disaster.

When eleven men perished on the slopes of K2 in August 2008, it was one of the deadliest single events in Himalayan climbing and made headlines around the world. Yet non of the surviving western climbers could explain precisely what happened. Their memories were self-admittedly fogged by exhaustion, hypoxia, and hallucinations. The truth of what happened lies with four Sherpa guides who were largely ignored by the mainstream media in the aftermath of the tragedy, who lost two of their own during the incident, and whose heroic efforts saved the lives of at least four climbers.

Based on his numerous trips to Nepal and in-depth interviews he conducted with these unacknowledged heroes, the other survivors, and the families of the lost climbers, alpinist and veteran climbing writer Freddie Wilkinson presents the true story of what actually occurred on the "savage" mountain. This work combines a criticism of the mainstream press's less-than-complete coverage of the tragedy and an insightful portrait of the lives of 21st-century Sherpas into an intelligent, white-knuckled adventure narrative.