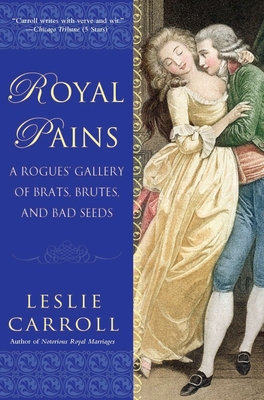 A Rogues' Gallery of Brats, Brutes, and Bad Seeds

The author of Notorious Royal Marriages presents some of history's boldest, baddest, and bawdiest royals.

The bad seeds on the family trees of the most powerful royal houses of Europe often became the most rotten of apples: über-violent autocrats Vlad the Impaler and Ivan the Terrible literally reigned in blood. Lettice Knollys strove to mimic the appearance of her cousin Elizabeth I and even stole her man. And Pauline Bonaparte scandalized her brother Napoleon by having a golden goblet fashioned in the shape of her breast.

Chock-full of shocking scenes, titillating tales, and wildly wicked nobles, Royal Pains is a rollicking compendium of the most infamous, capricious, and insatiable bluebloods of Europe.