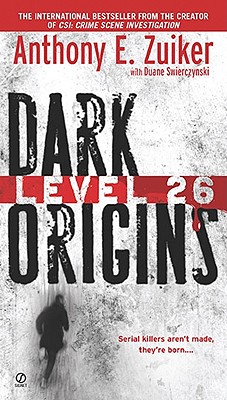 Law enforcement personnel categorize murderers on a scale of twenty-five levels of evil-from the naïve opportunists starting out at Level 1 to the organized, premeditated torture murderers who inhabit Level 25.

But to an elite unnamed investigations group assigned to hunt down the world's most dangerous killers, headed by Steve Dark, a new category of killer is being defined....

ANTHONY E. ZUIKER is the creator and executive producer of the most-watched television show in the world, "CSI: Crime Scene Investigation," as well as "CSI: Miami" and "CSI: New York." Zuiker is a visionary business leader who speaks professionally about the future of entertainment and storytelling on multiple platforms. A mystery aficionado since childhood, Zuiker's lifelong dream has been to write a crime novel. He lives in Las Vegas and Los Angeles with his wife and three children.
Loading...
or
Not Currently Available for Direct Purchase