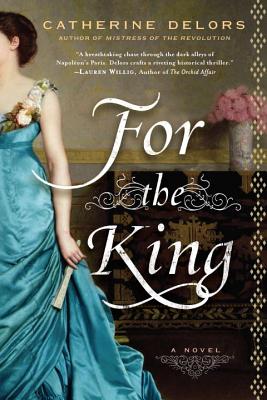 "A superbly elegant novel" (Susan Holloway Scott, author of The French Mistress) from the author of Mistress of the Revolution.

After First Consul Napoleon Bonaparte survives an assassination attempt, Chief Inspector Roch Miquel, a young man with a bright future and a beautiful mistress, must arrest the assassins before they strike again. But in a city with royalists and revolutionaries alike conspiring to overthrow Bonaparte, Roch's task is near impossible. And when his own father faces the guillotine, Roch has no choice but to trust those most likely to betray him.

Catherine Delors, herself from a family of French aristocrats, was born and raised in France. A lawyer, she has practiced in the United States for ten years, and now divides her time between Paris and Los Angeles.
Loading...
or
Not Currently Available for Direct Purchase