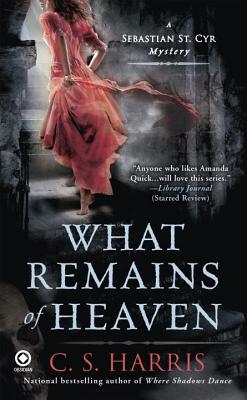 What Remains of Heaven

Sebastian St. Cyr's search for the killer of the controversial Bishop of London leads him from the back alleys of Smithfield to the power corridors of Whitehall to the well-guarded secrets of his own family's past.

Praise For What Remains of Heaven: A Sebastian St. Cyr Mystery…

C.S. Harris graduated with a degree in Classics before earning a Ph.D. in European history. A scholar of the French Revolution and 19th-century Europe, she has lived in Europe and various far-flung parts of the old British Empire. She now lives in New Orleans with her husband, a retired Army Intelligence Officer, and two daughters.
Loading...
or
Not Currently Available for Direct Purchase