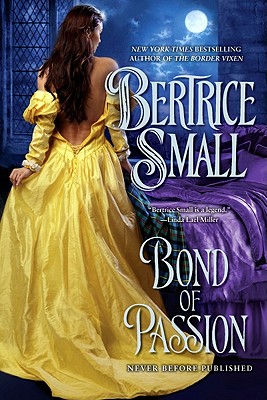 Called the handsomest man in the Borders, Angus Ferguson, earl of Duin, lives a quiet life avoiding the constant political intrigues of his neighbors in order to keep his small clan safe. Now in exchange for a piece of land he has long coveted he has taken a wife. Annabella Baird, the plain-faced daughter of the laird of Rath.

Reluctant at first to bed the unassuming Annabella, Angus finally accepts his duty as a husband only to discover that beneath his bride's modest demeanor is a wildcat with a spark waiting to be ignited. When, however, they accept an invitation to the court of Scotland's Queen Mary they find themselves caught up in royal intrigue.

Mary's unfortunate marriage to her cousin, Lord Darnley, has proven a disaster. Worse it has driven her into the arms of another man, James Hepburn, the dashing, powerful earl of Bothwell. When Darnley is murdered in spectacular fashion, and his body barely cold Mary and Bothwell wed, the queen's adversaries retaliate with a war that divides Scotland, and tries the long friendship between the earl of Duin and James Hepburn even as it tests the bond of passion between Angus and Annabella in ways they never expected.

"All the ingredients her fans have come to expect." — Booklist

"Reaffirms her standing as a historical romance stalwart." — Publishers Weekly

Bertrice Small was the New York Times bestselling author of more than fifty novels. Among her numerous awards, she was the recipient of the RWA Nora Roberts Lifetime Achievement Award. She lived on the North Fork of the eastern end of Long Island, New York, until her death in 2015.
Loading...
or
Not Currently Available for Direct Purchase