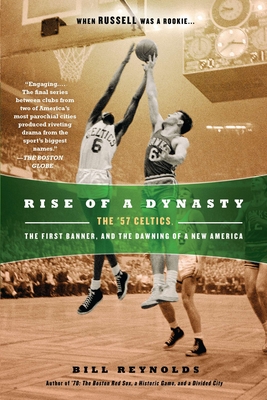 Rise of a Dynasty (Paperback)

The '57 Celtics, the First Banner, and the Dawning of a New America

On a fateful day in 1957, the country saw the Boston Celtics and the St. Louis Hawks face off in one of the most dramatic NBA games in history. But the score at the final buzzer told only part of the story. Celtics rookie Bill Russell, traded by the Hawks because of his race, emerged as a new sports hero. Boston's coach Red Auerbach went on to become the ultimate winner and builder of championship teams. And the city of Boston and its beloved Celtics had their first NBA championship-and the makings of a dynasty.

Bill Reynolds is an award-winning columnist for the Providence Journal and the co-author of the New York Times bestseller, Success Is a Choice. He is also the author of '78, Cousy, and Fall River Dreams.
or
Not Currently Available for Direct Purchase
Copyright © 2020 American Booksellers Association