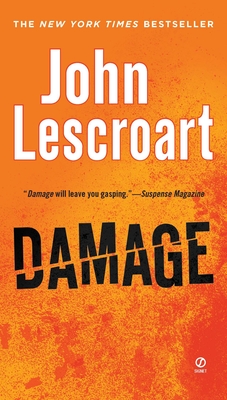 From New York Times bestseller John Lescroart comes an explosive look at the seductive power of revenge and the terrible costs of justice.

The Curtlees are a powerful force in San Francisco, unscrupulous billionaires who've lined every pocket in the Bay Area in pursuit of their own ascent. So when the family's heir, Ro Curtlee, was convicted of rape and murder of a servant girl in the family home, the fallout against those responsible was swift and uncompromising. The jury foreman was fired from his job and blacklisted. The lead prosecutor was pushed off a career fast track. And head homicide detective Abe Glitsky was reassigned to the police department's payroll office.

Then Ro's lawyers win him a retrial, and he’s released. Within 24 hours, a fire kills the original trial's star witness, her abused remains discovered in the ashes. When a second fire claims a participant in the case, Abe is convinced that Ro is out for revenge. But with no hard evidence and an on-the-take media eager to vilify any challenger, Abe finds himself in the crosshairs, wondering how much more he can sacrifice in the name of justice.

“A great deal of suspense...bloodcurdling violence and a good many surprises, as Lescroart again demonstrates his fiendish delight in keeping those pages turning.”
—The Washington Post

“Damage will leave you gasping.”—Suspense Magazine

“If you have not yet discovered the genius of Lescroart let Damage...bring you into the fold...”—The Huffington Post

“One of the best legal thriller writers in the business hits another home run in his latest page-turner...Damage is a must read.”—The Washington Examiner

John Lescroart is the New York Times bestselling author of more than twenty-five novels including the Dismas Hardy series. He lives in Northern California.
Loading...
or support indie stores by buying on