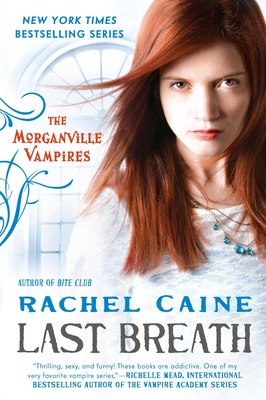 Student Claire Danvers learns that three vampires have vanished without a trace. And after an uneasy encounter with Morganville's latest resident, Claire is certain that the mysterious Magnus isn't human. But is he a vampire-or something else entirely? One thing is clear: Magnus is to blame for the disappearances. And if vampires are turning into victims, what chance does a human like Claire have of stopping him?

Rachel Caine is the author of more than twenty novels, including the "Weather Warden" series. She was born at White Sands Missile Range, which people who know her say explains a lot. She has been an accountant, a professional musician, and an insurance investigator, and still carries on a secret identity in the corporate world. She and her husband, fantasy artist R. Cat Conrad, live in Texas with their iguanas, Popeye and Darwin; a mali uromastyx named (appropriately) O’Malley; and a leopard tortoise named Shelley (for the poet, of course).
Loading...
or support indie stores by buying on