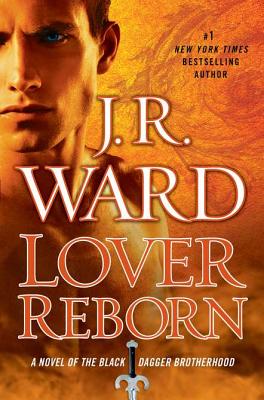 Ever since the death of his shellan, Tohrment has been unrecognizable from the vampire leader he once was. Physically emaciated and heartbroken beyond despair, he has been brought back to the Brotherhood by a self-serving fallen angel. Now, fighting once again with ruthless vengeance, he is unprepared to face a new kind of tragedy.
When Tohr begins to see his beloved in his dreams trapped in a cold, isolated netherworld far from the peace and tranquillity of the Fade he turns to the angel in hopes of saving the one he has lost. But because Lassiter tells him he must learn to love another to free his former mate, Tohr knows they are all doomed....
Except then a female with a shadowed history begins to get through to him. Against the backdrop of the raging war with the lessers, and with a new clan of vampires vying for the Blind King's throne, Tohr struggles between the buried past and a very hot, passion-filled future but can his heart let go and set all of them free?

J. R. Ward is the #1 "New York Times" bestselling author of numerous novels, including the Black Dagger Brotherhood series. She lives in the South with her family.
Loading...
or
Not Currently Available for Direct Purchase