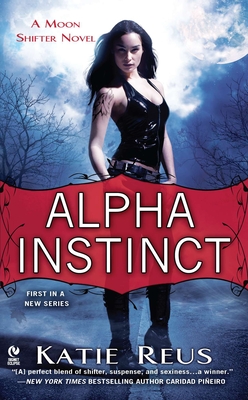 Ana Cordona has been a strong leader for the lupine shifters who survived after all the males and most of the females in her pack were mysteriously poisoned. As tough as she is, with no Alpha male, the pack is vulnerable to the devious shifter Sean Taggart, who wants to claim both their ranch and Ana as his own. When Connor Armstrong comes back into her life, promising protection, it’s almost enough to make Ana forget how he walked out on her before—and reluctantly accept his offer to mate.

The minute Connor sees Ana again, it reawakens a raw hunger. He must have her for his bondmate—his wolf cries out for it. But his human side knows he must proceed with caution because of their complicated past. If he is to truly have her body and soul, he must go beyond his burning desire and win back her heart. Whatever it takes, he is determined not to leave her side again. But Taggart and his rival pack are not their only enemies. A human element in town is targeting shifters. Their plan not only threatens Ana and Connor’s future, but the lives of the entire pack...

“Reus has an instinct for what wows in this perfect blend of shifter, suspense and sexiness. Sexy alphas, kick ass heroines and twisted villains will keep you turning the pages in this new shifter series. Alpha Instinct is a winner.”—Caridad Piñeiro, New York Times bestelling author of The Lost

“Alpha Instinct is a wild, hot ride for readers. The story grabs you and doesn't let go.”—Cynthia Eden, author of Deadly Heat

Katie Reus is the New York Times and USA Today bestselling author of the Red Stone Security series, the Darkness series, the Redemption Harbor series, and the Moon Shifter series. She fell in love with romance at a young age thanks to books she pilfered from her mom's stash. Years later she loves reading romance almost as much as she loves writing it. However, she didn't always know she wanted to be a writer. After changing majors many times, she finally graduated with a degree in psychology. Not long after that she discovered a new love. Writing. She now spends her days writing dark paranormal romance and sexy romantic suspense.
Loading...
or
Not Currently Available for Direct Purchase