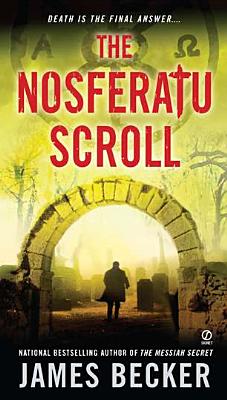 A race-against-time conspiracy thriller with a deadly twist from the bestselling author of The First Apostle.

BOHEMIA, 1741
On the northern banks of the Vltava River, an extraordinary event is taking place. Inside a private chapel, a high-born Hungarian lady is being laid to rest. But not before her heart is removed from her body, and she is buried beneath a layer of heavy stones -- lest she rise again to prey upon her victims.

VENICE, 2010
Holidaying in the world's most beautiful city, Chris Bronson and Angela Lewis discover a desecrated tomb. Inside it is a female skeleton and an arcane diary dating back hundreds of years. Written in Latin, it references a scroll that will provide an answer to an ancient secret. Soon corpses of young women, all killed in the same ritualistic manner, start appearing throughout the city. And when Angela disappears, Bronson knows that he must find her before she too is slaughtered.

But Bronson's hunt for Angela leads him back to the Island of the Dead, and into a conspiracy more deadly than he could ever have imagined.

Praise for the Novels of James Becker

“Utterly spellbinding. The plot is stunning and breathtaking and leaves you racing to the end....A truly amazing book. If you read nothing else this year, you must get hold of this.”—Euro Crime

“Exciting...fast paced and filled with non-stop action.”—Genre Go Round Reviews

James Becker spent more than twenty years in the Royal Navy's Fleet Air Arm. Throughout his career he has been involved in covert operations in many of the world's hot spots, including Yemen, Russia, and Northern Ireland. He is the author of The Lost Treasure of the Templars novels as well as the Chris Bronson novels. He also writes action-adventure novels under the name James Barrington and military history under the name Peter Smith in the U.K.
Loading...
or
Not Currently Available for Direct Purchase