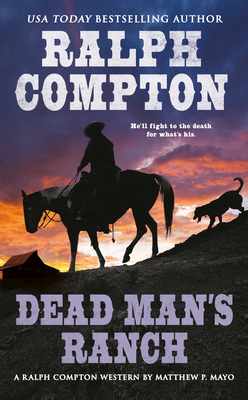 A son will fight to the death to save his inheritance in this stirring story of the Old West.

For years Rory Middleton waited for his long-lost son to return to Turnbull, New Mexico, to run the family’s Dancing M Ranch with him. By the time Brian returns, his old man is dead and buried. Although he’s named as the rightful heir to the cattle spread in his father’s will, Brian’s about to find out it’s not that simple.

Brandon MacMawe, Brian’s half brother, wants the property for himself—as does the county’s wealthiest rancher, Wilf Grindle. Brian’s got both hands full fending off these men when a wild card rides into town: a no-account con man and killer named Mortimer Darturo, who has ideas of his own for the dead man’s ranch....

Matthew P. Mayo is a Western Writers of America Spur Award-Winner and a Western Fictioneers Peacemaker Award Finalist. His short stories have appeared in numerous anthologies and his many novels include the Westerns Winters' War, Wrong Town, Hot Lead, Cold Heart, Dead Man's Ranch, Tucker's Reckoning, The Hunted, and Shotgun Charlie. He contributes to several popular series of Western and adventure novels.
Loading...
or support indie stores by buying on
(This book is on backorder)