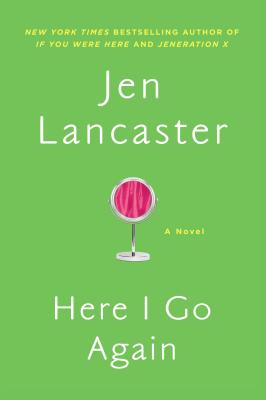 The second novel from the "New York Times "bestselling author of "If You Were Here "takes us back to the hair metal 80's.
Twenty years after ruling the halls of her suburban Chicago high school, Lissy Ryder doesn t understand why her glory days ended. Back then, she was worshipped...beloved...feared. Present day, not so much. She's been pink-slipped from her high-paying job, dumped by her husband and kicked out of her condo. Now, at thirty-seven, she's struggling to start a business out of her parents garage and sleeping under the hair-band posters in her old bedroom.
Lissy finally realizes karma is the only bitch bigger than she was. Her present is miserable because of her past. But it's not like she can go back in time and change who she was...or can she?

Jen Lancaster is the "New York Times "bestselling author of seven books. She has appeared on "The Today Show, " "The Joy Behar Show," and NPR s "All Things Considered.""

Praise For Here I Go Again…

“Turns out Jen Lancaster, who was already a master of memoir, is a genius at fiction.”—Beth Harbison, New York Times Bestselling Author of Shoe Addicts Anonymous “Jen Lancaster has the kind of scathing wit that makes you wish she was your best friend but thankful she’s not your new neighbor.”—Carrie Ryan, New York Times Bestselling Author of the Forest of Hands and Teeth Series