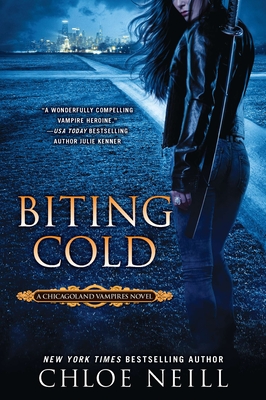 Turned into a vampire against her will, twenty-eight-year-old Merit found her way into the dark circle of Chicago’s vampire underground, where she learned there was more to supernaturals than met the eye—and more supernaturals than the public ever imagined.

And not all the secrets she learned were for sharing—among humans or inhumans.

Now Merit is on the hunt, charging across the stark American Midwest, tailing a rogue supernatural intent on stealing an ancient artifact that could unleash catastrophic evil on the world. But Merit is also the prey. An enemy of Chicagoland is hunting her, and he’ll stop at nothing to get the book for himself. No mercy allowed.

No rules apply. No lives spared. The race is on.

Praise for the Chicagoland Vampire novels

“If you loved Nancy Drew but always wished she was an undead, sword-wielding badass, Merit is your kind of girl.”—Geek Monthly

Chloe Neill is the New York Times and USA Today bestselling author of the Captain Kit Brightling, Heirs of Chicagoland, Chicagoland Vampires, Devil’s Isle, and Dark Elite novels. She was born and raised in the South, but now makes her home in the Midwest, where she lives with her gamer husband and their bosses/dogs, Baxter and Scout.  Chloe is a voracious reader and obsessive Maker of Things; the crafting rotation currently involves baking and quilting. She believes she is exceedingly witty; her husband has been known to disagree. Learn more about Chloe and her books at: chloeneill.com
Loading...
or support indie stores by buying on