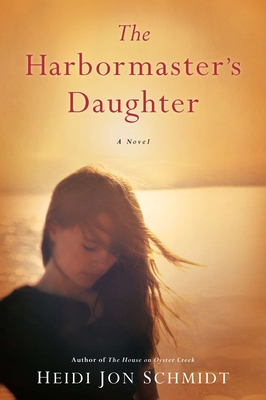 The story of a mother and daughter in an idyllic Cape Cod town...

On a freezing January night, LaRee Farnham answers a knock at her door to find a policewoman holding three-year-old Vita Gray, whose mother has just been murdered a few miles away. LaRee raises Vita with fierce love and attention, at the same time trying to shield her from the aftermath of the murder, which has deeply divided the histoiric village of Oyster Creek.

Born out of wedlock, Vita is the product of the town's two very different cultures: the hard-working fishing families of Portuguese descent and the "washashores" from the mainland, who've drifted to the coast for its beauty. At sixteen, Vita is shy and isolated, estranged from her father, and bullied at school, but she is determined to come out of herself, step-by-step.

When the shocking details of her past surface suddenly, Vita feels utterly betrayed by those closest to her, and the fraught tension between Oyster Creek's two cultures comes to a head. LaRee must ask hard questions about herself as a mother, while Vita turns to unexpected avenues to find meaning and discovers that the truth is almost never found in black-and-white...

Praise For The Harbormaster's Daughter…

Rave Reviews for The House on Oyster Creek

Heidi Jon Schmidt is the author of The Rose Thieves, Darling?, The Bride of Catastrophe, and The House on Oyster Creek. Her stories and essays have been published in the New York Times, the Atlantic, Grand Street, Yankee, and featured on National Pubic Radio. She has won awards including the O'Henry, Ingram-Merrill, and James Michener awards. She teaches in the Workshops at the Fine Arts Work Center and lives with her husband, Roger Skillings, and their daughter, Marisa Rose.
Loading...
or
Not Currently Available for Direct Purchase