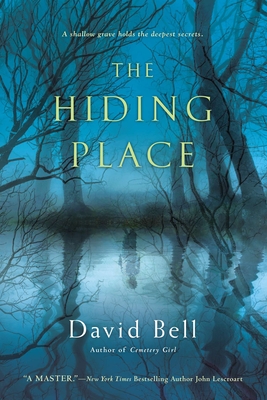 Twenty-five years after a child's murder shocks a small Ohio town, new evidence forces everyone to question what they believe in this tense thriller from the bestselling author of Bring Her Home and Cemetery Girl.

Janet Manning has been haunted by the murder since the day she lost sight of her four-year-old brother in the park. Now, with the twenty-fifth anniversary of Justin’s death looming, a detective and a newspaper reporter have started to ask questions, opening old wounds and raising new suspicions. Could the man convicted of the murder—who spent more than two decades in prison—really be innocent?

Janet’s childhood friend and high school crush, who was in the park with her that day, has returned to Dove Point, where he is wrestling with his own conflicted memories of the events. And a strange man appears at Janet’s door in the middle of the night, claiming to know the truth.

Soon, years of deceit will be swept away, and the truth about what happened to Janet’s brother will be revealed. And the answers that Janet has sought may be found much closer to home than she ever could have imagined.

Praise For The Hiding Place: A Thriller…

Praise for The Hiding Place

“An artfully constructed tale that charts the devastating, life-changing effects over twenty-five years on the people most affected by the murder of a four-year-old boy….a powerful, provocative novel.”—Publishers Weekly

“David Bell does a masterful job of crafting a crime story, with the guilty and innocent existing next to each other, whether they realize it or not. He has also created a tense drama of emotions and relationships. It is a riveting book with surprising but believable twists on every page.”—Suspense Magazine

“A gem of a book….Bell has written another winning thriller that is certain to entertain, frighten and swiftly climb bestseller lists.”—Bowling Green Daily News

“David Bell writes spellbinding and gripping thrillers that get under your skin and refuse to let go."—New York Times Bestselling Author Linwood Barclay

David Bell is a bestselling and award-winning author whose work has been translated into six languages. He’s currently an associate professor of English at Western Kentucky University in Bowling Green, Kentucky. He received an MA in creative writing from Miami University in Oxford, Ohio, and a PhD in American literature and creative writing from the University of Cincinnati. His novels include Bring Her Home, Since She Went Away, Somebody I Used to Know, The Forgotten Girl, Never Come Back, The Hiding Place, and Cemetery Girl.