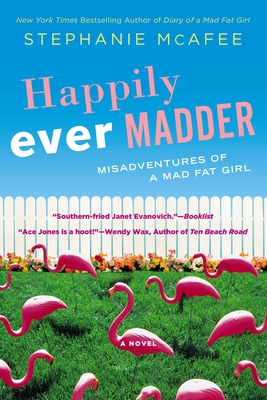 Ace has left the tiny Mississippi town of Bugtussle for the palm fronds and mojitos of Pelican Cove, Florida. She’s finally opening her long-dreamed-of art gallery, is kick-starting a life with her fiancé, Mason, and has vowed to leave her straight-talking, sassy ways behind her. From now on, she’s going to be as sweet as sugar. Unfortunately, something comes along to sour her plans.

That something is Mrs. Lenore Kennashaw and her coterie of crones. They’re a bunch of snippy, snarky, and just plain mean ’ol ladies who aren’t quite as smart or rich as they’d like to think they are. But that doesn’t stop them from treating everyone else like second-class citizens. And when Ace inadvertently takes some of the steam from Mrs. Kennashaw’s stride, she becomes their #1 enemy. But with the support of a new group of fabulous friends, as well as her friends from Bugtussle—and her always-faithful chiweenie Buster Loo—Ace will find a way to make it, even if she has to throw some weight around…

“Ace Jones is my kind of girl: her outsize appetite for life, plus a dangerously low tolerance for losers, get her into one impossible fix after another.”—Sophie Littlefield, author of A Bad Day for Scandal

Stephanie McAfee was born in Tupelo, Mississippi, and now lives in Milton, Florida, with her husband, young son, and chiweenie dog.
Loading...
or
Not Currently Available for Direct Purchase