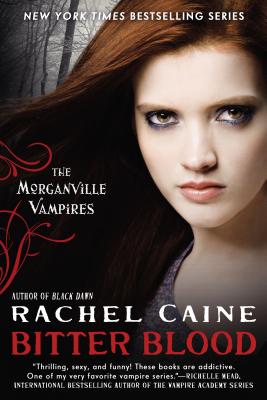 "For years, the human and vampire residents of Morganville, Texas, have managed to co-exist in peace. But now that the threat to the vampires has been defeated, the human residents are learning that the gravest danger they face is the enemy within "
Thanks to the eradication of the parasitic creatures known as the draug, the vampires of Morganville have been freed of their usual constraints. With the vampires indulging their every whim, the town's human population is determined to hold on to their lives by taking up arms. But college student Claire Danvers isn t about to take sides, considering she has ties to both the humans and the vampires.
To make matters worse, a television show comes to Morganville looking for ghosts, just as vampire and human politics collide. Now, Claire and her friends have to figure out how to keep the peace without ending up on the nightly news or worse.

Praise for the Morganville Vampires novels:

“Thrilling, sexy, and funny! These books are addictive. One of my very favorite vampire series.”—Richelle Mead, International Bestselling Author of the Vampire Academy Series

“Rachel Caine is a first-class storyteller who can deal out amazing plot twists as though she was dealing cards.”—#1 New York Times Bestselling Author Charlaine Harris

“An intriguing world where vampires rule, only the strongest survive, and romance offers hope in the darkest of hours.”—Darque Reviews

Rachel Caine is the "New York Times" and "USA Today" bestselling author of more than thirty novels, including the Weather Warden series, the Outcast Season series, the Revivalist series, and the Morganville Vampires series. She was born at White Sands Missile Range, which people who know her say explains a lot. She has been an accountant, a professional musician, an insurance investigator, and, until recently, carried on a secret identity in the corporate world as a communications executive. She and her husband, fantasy artist R. Cat Conrad, live in Texas with their iguana, Popeye.
Loading...
or
Not Currently Available for Direct Purchase