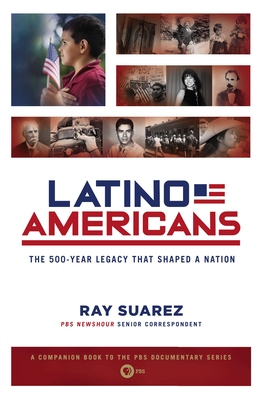 The 500-Year Legacy That Shaped a Nation

THE COMPANION BOOK TO THE PBS DOCUMENTARY SERIES

Author and acclaimed journalist Ray Suarez explores the lives of Latino American men and women over a five-hundred-year span, encompassing an epic range of experiences from the early European settlements to Manifest Destiny; the Wild West to the Cold War; the Great Depression to globalization; and the Spanish-American War to the civil rights movement.

Latino Americans shares the personal struggles and successes of immigrants, poets, soldiers, and many others—individuals who have made an impact on history, as well as those whose extraordinary lives shed light on the times in which they lived, and the legacy of this incredible American people.

Broadcast journalist Ray Suarez is a senior correspondent for PBS NewsHour, and host of the public radio show America Abroad. He has also been host of Talk of the Nation on NPR and a correspondent for CNN. He lives in Washington, DC, with his family.