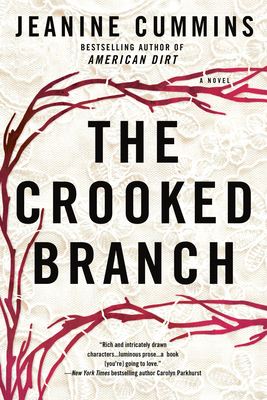 From the national bestselling author of American Dirt and A Rip in Heaven comes the deeply moving story of two mothers from two very different times.

After the birth of her daughter Emma, the usually resilient Majella finds herself feeling isolated and exhausted. Then, at her childhood home in Queens, Majella discovers the diary of her maternal ancestor Ginny—and is shocked to read a story of murder in her family history.

With the famine upon her, Ginny Doyle fled from Ireland to America, but not all of her family made it. What happened during those harrowing years, and why does Ginny call herself a killer? Is Majella genetically fated to be a bad mother, despite the fierce tenderness she feels for her baby?

Determined to uncover the truth of her heritage and her own identity, Majella sets out to explore Ginny’s past—and discovers surprising truths about her family and ultimately, herself.

Jeanine Cummins is the bestselling, award-winning author of the groundbreaking memoir A Rip in Heaven and the novels The Outside Boy, The Crooked Branch, and American Dirt. She lives in New York with her husband and two children.

Praise For The Crooked Branch: A Novel…

Praise for The Crooked Branch

“Even before you come to care about Jeanine Cummins’ rich and intricately drawn characters, before you become enmeshed in her skillfully tangled plot lines about the hard and wondrous task of mothering children in times both catastrophic and ordinary...Before any of that, this is what you have to look forward to: the first page, Ms. Cummins’ luminous prose, and that feeling we’re all hoping to find when we sit down to read: ‘This is it—a book I’m going to love.’”—New York Times bestselling author Carolyn Parkhurst

“Jeanine Cummins knows that there are stories beneath the stories, and she uses this brilliant knowing to weave a tale that is lyrical, emotional and often funny. This extraordinary novel reminds us how motherhood can make us feel as though we are coming undone while also being remade. Majella and Ginny navigate motherhood with a fierce love that propels the story forward with intense strength. Brilliant, vulnerable and intense, The Crooked Branch pierced my heart and paused my breath.”—New York Times bestselling author Patti Callahan Henry

“Exploring the effect of a secret from the past on a woman who is truly on the edge—of motherhood, of her future, of sanity, of happiness—Jeanine Cummins has written a story that truly resonates. Insightful, suspenseful, and sometimes bitingly funny, with characters the reader will think about for weeks, this bittersweet novel is emotional and immensely satisfying.”—Award-winning author Simone St. James

“Wonderfully written, with strong, compelling characters, it is a deeply satisfying combination of sweeping historical saga and modern family drama, a gentle reminder of the ever-reaching influence of family, both near and far.”—Booklist