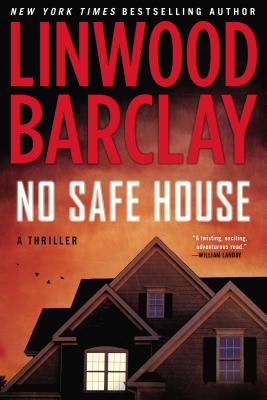 The New York Times bestselling author delivers the follow-up to No Time for Goodbye--an electrifying novel of suspense in which a family's troubled past is about to return in more ways than one. And this time, they may not be able to escape....
Seven years ago, Terry Archer and his family, who first appeared in No Time for Goodbye, experienced a horrific ordeal that nearly cost them their lives. Today, the echoes of that fateful night are still audible. Terry's wife, Cynthia, is living separate from her husband and daughter after her own personal demons threatened to ruin her relationship with them permanently. Their daughter, Grace, is rebelling against her parents' seemingly needless overprotection. Terry is just trying to keep his family together. And the entire town is reeling from the senseless murder of two elderly locals.
But when Grace foolishly follows her delinquent boyfriend into a strange house, the Archers must do more than stay together. They must stay alive. Because now they have all been unwillingly drawn into the shadowy depths of their seemingly idyllic hometown.
For there, they will be reconnected with the man who saved their lives seven years ago, but who still remains a ruthless, unrepentant criminal. They will encounter killers for hire working all sides. And they will learn that there are some things people value much more than money, and will do anything to get it.
Caught in a labyrinth between family loyalty and ultimate betrayal, Terry must find a way to extricate his family from a lethal situation he still doesn't fully comprehend. All he knows is that to live, he may have to do the unthinkable....

Praise For No Safe House…

Praise for A Tap on the Window

“A killer of a thriller.”—New York Times Book Review

“Barclay has established himself alongside the masters of suburban fiction....This tap on the window is worth answering.”—Associated Press

Praise for Trust Your Eyes

“No one can thrill you and chill you better than Linwood Barclay. Trust me when I say you won’t want to miss [this].”—Tess Gerritsen

“One of the best thrillers of the year...where nothing and no one is all that they seem.”—Lisa Gardner