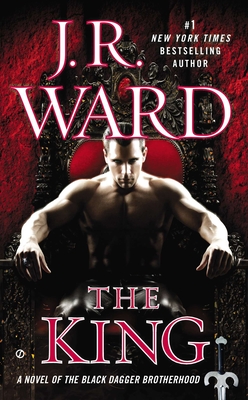 J.R. Ward's # 1 New York Times bestselling Black Dagger Brotherhood continues as a royal bloodline is compromised by a grave threat to the throne.

After turning his back on the throne for centuries, Wrath, son of Wrath, finally assumed his father’s mantle--with the help of his beloved mate. But the crown sets heavily on his head. As the war with the Lessening Society rages on, and the threat from the Band of Bastards truly hits home, he is forced to make choices that put everything--and everyone--at risk.

Beth Randall thought she knew what she was getting into when she mated the last pure blooded vampire on the planet: An easy ride was not it. But when she decides she wants a child, she’s unprepared for Wrath’s response--or the distance it creates between them.

The question is, will true love win out... or tortured legacy take over?

Praise for the novels of the Black Dagger Brotherhood

“Utterly absorbing and deliciously erotic.…The Brotherhood is the hottest collection of studs in romance. I can’t wait for the next one!” —New York Times bestselling author Angela Knight

“It pulls the reader in and will grip your heart.…J. R. Ward has created a world that I love…along with characters I can’t get enough of.”—Night Owl Reviews

J. R. Ward is the #1 New York Times bestselling author of numerous novels, including the Black Dagger Brotherhood series. She lives in the South with her family.
Loading...
or support indie stores by buying on