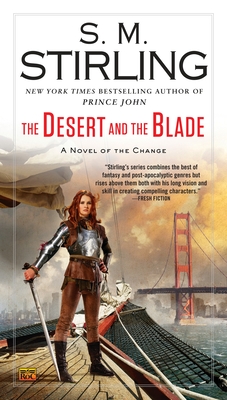 In his Novels of the Change, New York Times bestselling author S.M. Stirling presents “a devastated, mystical world that will appeal to fans of traditional fantasy as well as post-apocalyptic SF” (Publishers Weekly, starred review). Continuing their quest that began in The Golden Princess, two future rulers of a world without technology risk their lives seeking a fabled blade…

But the fabled sword lies deep within the Valley of Death, and the search will be far from easy. And war is building, in Montival and far beyond.

As Órlaith and Reiko encounter danger and wonder, Órlaith’s mother, Queen Mathilda, believes her daughter’s alliance and quest have endangered the entire realm. There are factions both within and without Montival whose loyalty died with the king, and whispers of treachery and war grow ever louder.

S. M. Stirling is the author of many science fiction and fantasy novels, including the Novels of the Change (The Golden Princess, The Given Sacrifice, Lord of Mountains) and the Shadowspawn series (A Taint in the Blood, The Council of Shadows, Shadows of Falling Night). A former lawyer and an amateur historian, he lives in the Southwest with his wife, Jan.