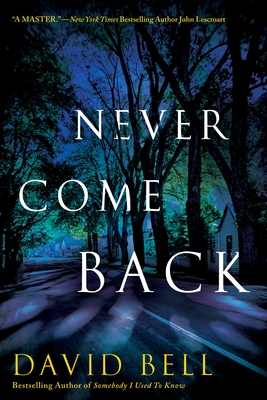 When her mother is murdered, a woman is propelled into a twisted world of danger and double lives in this gripping psychological thriller from the bestselling author of Somebody's Daughter and Cemetery Girl.

Leslie Hampton always cared for her troubled son Ronnie’s special needs and assumed that her daughter Elizabeth would take him in when the time came. When Leslie dies unexpectedly, Elizabeth is consumed by grief. Then police discover that Leslie was strangled, and they immediately suspect that one of Ronnie’s outbursts took a tragic turn. Elizabeth can’t believe that her brother is capable of murder, but who else could have had a motive to kill their quiet, retired mother?

More questions arise when a stranger is named in Leslie’s will: a woman also named Elizabeth. As the family’s secrets unravel, a man from Leslie’s past who claims to have all the answers shows up, but those answers might put Elizabeth and those she loves the most in mortal danger.

Praise For Never Come Back…

Praise for Never Come Back

"Bell, once again, has written an incredible, unique thriller that will have you hooked!”—Suspense Magazine

“David Bell writes spellbinding and gripping thrillers that get under your skin and refuse to let go."—New York Times Bestselling Author Linwood Barclay

David Bell is a bestselling and award-winning author whose work has been translated into six languages. He’s currently an associate professor of English at Western Kentucky University in Bowling Green, Kentucky. He received an MA in creative writing from Miami University in Oxford, Ohio, and a PhD in American literature and creative writing from the University of Cincinnati. His novels include Somebody's Daughter, Bring Her Home, Since She Went Away, Somebody I Used to Know, The Forgotten Girl, Never Come Back, The Hiding Place, and Cemetery Girl.