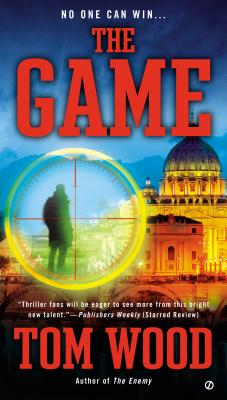 After executing a hit on a fellow assassin in Algiers, Victor—the world's deadliest hit man—is contracted by the CIA for an assignment that will take him across Europe to the blood-stained streets of Rome...and straight into hell.

Victor must pose as his previous—and very much dead—target to figure out who the killer’s next victim was going to be. But what was supposed to be a quick operation soon becomes much more complicated and treacherous.

Forced to work with a group of ruthless mercenaries, Victor will face a choice he would rather not make: do the right thing, or sacrifice the only thing in the world he truly cares about—his own life.

Tom Wood was born and raised in Staffordshire, England, and now lives in London. He is the author of The Enemy and The Killer.

Praise for the thrillers of Tom Wood

“Tom has done his research and it shows. Tactical accuracy, globetrotting locales, and plenty of twists to keep you guessing to the last page, THE ENEMY makes James Bond look like a wannabe.”—Brad Taylor, national bestselling author of Enemy of Mine

“A hard-hitting and exceedingly smart thriller that races along with intensity and intrigue….Fans of Lee Child and Vince Flynn will not want to miss THE ENEMY.”—Mark Greaney, national bestselling author of The Gray Man

“Thriller fans will be eager to see more from this bright new talent.”—Publishers Weekly (starred review)

“The scenes are vivid and the plot revelations parceled out at expert intervals...An impressively intricate thriller...Exciting.”—The New Yorker