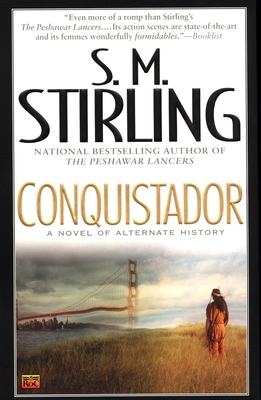 Oakland, 1946. Ex-soldier John Rolfe, newly back from the Pacific, has made a fabulous discovery: A portal to an alternate America where Europeans have never set foot—and the only other humans in sight are a band of very curious Indians. Able to return at will to the modern world, Rolfe summons the only people with whom he is willing to share his discovery: his war buddies. And tells them to bring their families...

Los Angeles, twenty-first century. Fish and Game warden Tom Christiansen is involved in the bust of a smuggling operation. What he turns up is something he never anticipated: a photo of authentic Aztec priests decked out in Grateful Dead T-shirts, and a live condor from a gene pool that doesn’t correspond to any known in captivity or the wild. It is a find that will lead him to a woman named Adrienne Rolfe—and a secret that’s been hidden for sixty years…

“A novel of complex landscapes, both moral and geographical...Copious amounts of suspense and action.”—Locus

“The moral landscapes of this novel are intriguing, and the sight of an undeveloped West Coast is unforgettable.”—Scifi.com

“Even more of a romp than Stirling’s The Peshawar Lancers...Its action scenes are state-of-the-art and its femmes wonderfully formidables.”—Booklist

S. M. Stirling is the author of many science fiction and fantasy novels, including the Novels of the Change and the Shadowspawn series. A former lawyer and an amateur historian, he lives with his wife, Jan.
Loading...
or support indie stores by buying on