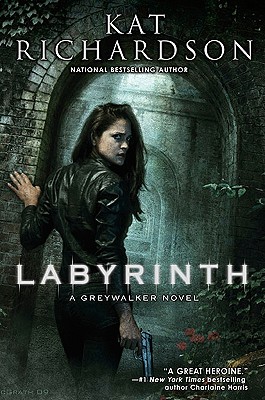 The toughest case yet for Greywalker Harper Blaine, "a great heroine" (#1 "New York Times" bestselling author Charlaine Harris).
Harper Blaine was your average small-time P. I. until she died-for two minutes. Now she's a Greywalker, walking the line between the living world and the paranormal realm. There are others who know about her new powers-others with powerful tools and evil intentions, and now that the man who "killed" her has been murdered, the police are also paying close attention. That means Harper has to watch her step while searching for the ghost of her "killer"-who could be a valuable clue in the puzzle of Harper's past and her father's death, as well as a key to figuring out who's trying to manipulate her new powers and why. But with her growing powers pulling her into the Grey, Harper might not be able to come back out...
Watch a Video

Kat Richardson lives on a sailboat in Seattle with her husband, a crotchety old cat, and two ferrets. She rides a motorcycle, shoots target pistol, and does not own a TV.