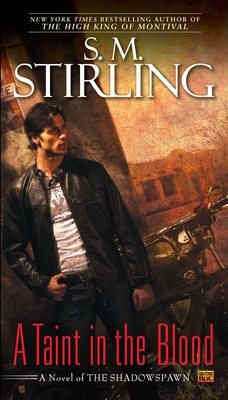 From S. M. Stirling, the “master of speculative fiction” (Library Journal) and the author of the New York Times bestselling Novels of the Change, comes a new vision, as a man battles the dark forces of the world—including those in his own blood…

Aeons ago, Homo nocturnus ruled the Earth. Possessing extraordinary powers, they were the source of all manner of myths and legends. Though their numbers have been greatly reduced, they exist still—though not as purebreds.

Adrian Brézé is one such being. Wealthy and reclusive, he is more Shadowspawn than human. He rebelled against his own kind, choosing to live as an ordinary man, fighting against his darker nature. But Adrian’s sister is determined to bring back the reign of the Shadowspawn, and now she has struck him at his weakest point by kidnapping his human lover, Ellen.

To save Ellen—and perhaps all of humanity—Adrian must rejoin a battle he swore he would never fight again.

Praise For A Taint in the Blood: A Novel of the Shadowspawn…

The author of the popular "Change" novels (Dies the Fire, The Protector's War) begins a new urban fantasy series featuring a variant version of werewolves, bringing to it an extraordinary eye for detail and a feel for characterizations. -Booklist

S. M. Stirling is the New York Times bestselling author of many science fiction and fantasy novels, including the Novels of the Change (including Prince of Outcasts, The Desert and the Blade, The Golden Princess, The Given Sacrifice, Lord of Mountains) and the Shadowspawn series (A Taint in the Blood, The Council of Shadows, Shadows of Falling Night).
Loading...
or
Not Currently Available for Direct Purchase