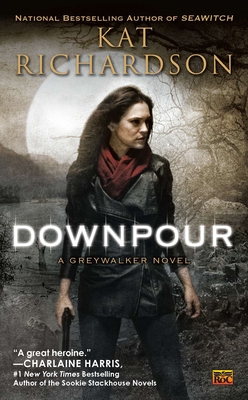 After being shot in the back and dying—again—Harper has lost many of her powers. Now, if the Greywalker dies one more time, she won’t be coming back. Harper’s only respite from the chaos is her work. But while conducting an investigation in the Olympic Peninsula, she sees a ghostly car accident and finds a victim who insists he was murdered, blaming the nearby picturesque community of Sunset Lakes—called “Blood Lake” by locals.

Kat Richardson lives on a sailboat in Seattle with her husband, a crotchety old cat, and two ferrets. She rides a motorcycle, shoots target pistol, and does not own a TV.
Loading...
or
Not Currently Available for Direct Purchase