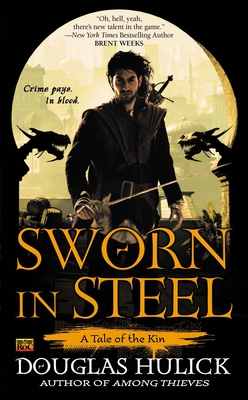 It’s been three months since Drothe killed a legend, burned down a portion of the imperial capital, and found himself unexpectedly elevated into the ranks of the criminal elite. As the newest Gray Prince in the underworld, he’s not only gained friends, but also rivals—and some of them aren’t bothered by his newfound title. A prince’s blood, as the saying goes, flows just as red as a beggar’s.

So when another Gray Prince is murdered and all signs point to Drothe as the hand behind the knife, he knows it’s his blood that’s in danger of being spilled. As former allies turn their backs and dark rumors begin to circulate, Drothe is approached by a man who says he can make everything right again. All he wants in exchange is a single favor.

Now Drothe finds himself traveling to the Despotate of Djan, the empire’s long-standing enemy, to search for the friend he betrayed—and the only person who can get him out of this mess. But the grains of sand are running out fast, and even if Drothe can find his friend, he may not be able to persuade him to help in time...

Praise For Sworn in Steel (Tale of the Kin #2)…

Praise for Among Thieves

"Among Thieves is a mind blowingly good read... Do not miss this book!"—Fantasy Faction

“A story that entertains from beginning to end.”—Fantasy Book Critic

Douglas Hulick has been reading fantasy literature for almost as long as he can remember. He suspects this penchant for far-away lands of yore led, in part, to his acquiring a B.A. and M.A. in Medieval History, and likewise to his subsequent study and teaching of European Historical Martial Arts. It most certainly helped result in his authoring several novels, including Among Thieves: A Tale of the Kin.
Loading...
or
Not Currently Available for Direct Purchase